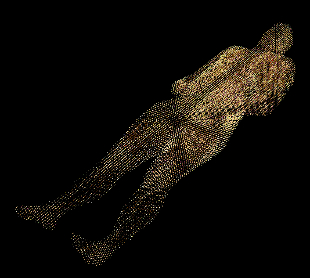 FLICKR, KYLE MCDONALDThe Human Protein Atlas (HPA) Program, a nearly decade-long project led by Mathias Uhlén of the Royal Institute of Technology, in Stockholm, this week published 13 million “maps” of human proteins throughout the body. Each map is a visual representation of what proteins are found in which tissues, generated using fluorescently labeled antibodies to some 17,000 of 20,000 known proteins.

“After [the human] genome was mapped 10 years ago, the logical step was to map proteins and figure out where in the human body they are present,” Sanjay Navani, the India site director for HPA, told DNA India. “Forty-eight normal and 20 cancer-based tissues of close to 300 Swedes were extracted from different human organs and stained with [rabbit-produced] antibodies,” he explained, and more than 10 million images of such tissues were taken and studied.

Because the atlas also includes 20 types of malignant tumor, The Economist reported, it could help identify proteins involved in cancer. “If it is difficult to find the site of origin of cancer and target medicines, this information will come useful to zero down on treatment methods,” Navani told DNA India.