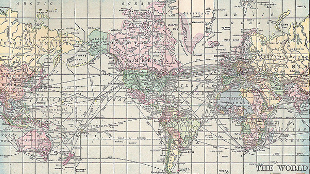 FLICKR, SUE CLARKIn 2010, Ivan Gayton of Doctors Without Borders responded to call from a nun in Haiti, who described how her town was suffering from an outbreak of cholera following a massive earthquake. But finding her wasn’t easy, Gayton recounted to The Guardian, in large part because there was no decent map of the area. “Much of the time [the address given] may as well be random syllables,” Gayton said. “If there was a point source for cholera in Haiti, we wouldn’t have known where it was. We needed a map—to be able to correlate the alerts we hear and our patient origins to something on the ground.”

Enter the Missing Maps project, a collaborative effort launched this month by the Humanitarian OpenStreetMap Team (HOT),  Doctors Without Borders, the American Red Cross, and the British Red Cross that aims to create free digital maps for every village...

The method for developing the new maps was created by the HOT, and involves volunteers around the world. Anyone with an internet connection can use a simple point-and-click tool to note the locations of landmarks, such as roads, parks, and buildings on satellite images that have been entered into free mapping software called OpenStreetMap. The satellite images are then removed and the rudimentary maps printed, and more local volunteers head out to verify the information and add the names of streets and buildings. The marked up maps are then shared with the Missing Maps headquarters in London, where even more volunteers input the data into the OpenStreeMap program.

The project has already produced a new digital map of Lubumbashi, a city in the Democratic Republic of Congo, and Doctors Without Borders and the Red Cross have begun recruiting volunteers to help map Ebola-affected regions. The project aims to map the rest of the underdeveloped world in the next two years, according to The Guardian. And because the maps will all be open source, anyone can use and even improve them. “It will be illegal for anyone to charge anyone to use them—meaning local people will have total access to them, not just to look at, but to edit and develop,” Missing Maps coordinator Pete Masters told the publication.

“Finally, I can give volunteers something to do that isn’t just giving money,” Gayton added. “With Missing Maps, they can actually participate in real, genuine fieldwork. That’s huge.”