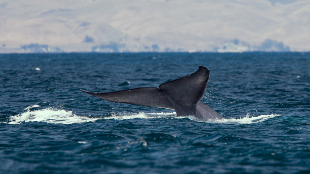 The blue whale (Balaenoptera musculus) is the largest animal to ever have lived on Earth.WIKIMEDIA, "MIKE" MICHAEL L. BAIRDToday’s oceans harbor the largest animals that the Earth has ever seen. And according to a recent analysis of body sizes of animals that lived over a period spanning 542 million years, marine life has been getting bigger and bigger since the Cambrian Period. Modern marine animals are in fact about 150 times larger on average than they were during the Cambrian, according to the study published in Science last week (February 20).

“The degrees of increase in both mean and maximum body size just aren’t well explained by neutral drift,” Stanford University paleontologist and study coauthor Noel Heim told BBC News. “It appears that you actually need some active evolutionary process that promotes larger sizes.” Heim and his colleagues measured animals across more than 17,000 genera, including extinct plesiosaurs, trilobites, clams, and whales.

Although the authors suggested that many selective pressures may have driven ocean animals to get so big—whales are by far the largest animals to ever live, for example—an important event was likely the migration of land mammals and reptiles into the water. The extra oxygen that comes with breathing air, rather than water, allows animals to sustain bigger bodies in aqueous environments. 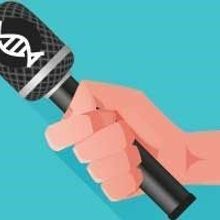