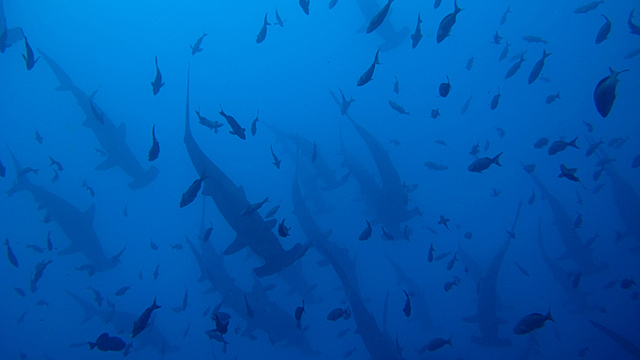 John Bruno, a marine ecologist at the University of North Carolina at Chapel Hill, and his colleagues modeled moderate and high greenhouse gas emissions scenarios and their effect on sea surface temperatures and oxygen concentrations within the 8,236 marine protected areas around the world. The results show that “business as usual” warming, where air temperatures rise by 8.5 °C over the next century, would boost ocean surface temperatures in marine protected areas 2.8 °C by 2100—a jump that would wipe out “many, if not most” animals living in the reserves, Bruno says in a statement.

“There has been a lot of talk about establishing marine reserves to buy time while we figure out how to confront climate change,” study coauthor Rich Aronson, an...

Arctic and Antarctic marine protected areas are going to warm especially quickly, the researchers found, which will put even more pressure on polar bears, penguins, and other animals that live in colder climates. Reserves off the northern Galápagos islands Darwin and Wolf, where removal of marine life is banned, are also slated to warm quickly, the researchers note.

“We have to take bold steps individually and as a society to control emissions. Shifting away from our dependence on fossil fuels would be a major step in the right direction,” Aronson tells Reuters. “Stabilising emissions over the next few decades could cut the rate of warming in half,” he says.