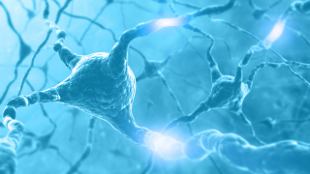 Neuroscientist William “Bill” Luttge recognized that the brain was a complex organ, and to understand it would take significant collaboration among scientists in diverse fields of research. With that in mind, he brought together the disparate University of Florida research groups studying the brain into the $60 million Evelyn F. and William L. McKnight Brain Institute, where researchers in neuroscience, neurology, psychiatry, cognitive science, and related areas have been working together since its founding in 1998.

Luttge, 67, passed away last Saturday (March 24) at a UF medical center, after being diagnosed with multiple myeloma, a cancer of the bone marrow, in January. The Institute continues to contribute to science’s understanding of the most enigmatic organ in the human body.

“Bill Luttge was always private and very modest, but his accomplishments are gigantic,” Mark Gold, chairman of the department of psychiatry in UF’s College of Medicine, said...

“The university has lost one of its great heroes,” agreed Michael L. Good, dean of the College of Medicine. “Bill Luttge’s impact on science was significant and far-reaching.”

Luttge worked at UF for more than 3 decades, where he studied the effects of steroids on the brain. But it wasn’t until 1992 that Luttge saw the potential for something more. Inspired by a call for proposals from the Department of Defense, which advertised funding for a major brain and spinal cord research center, Luttge put together a grant application outlining the various facets of brain research ongoing at UF, including some disciplines that had been overlooked when it came to researching the brain, Gold said.

“Bill always thought way ahead of the curve,” Gold said in the press release. “While writing the grant he told me he thought drug and alcohol abuse prevention should be part of the Brain Institute application.” Luttge believed that drugs and alcohol were the main causes of brain and spinal cord trauma, and that they would best be addressed with programs that taught prevention, at least until better approaches were found. “That was a pioneering notion,” said Gold.

After his retirement in 2004, Luttge turned his energy towards hiking, conquering the Continental Divide Trail, the Florida Trail, and parts of the Appalachian, among others, and climbing Mount Rainier for the second time. Luttge is survived by his wife of 47 years, two sons, and three grandchildren.

Correction (March 26, 2012): This story has been updated from its original version to correctly reflect that Luttge was 67, not 68, as stated in the original press release. The Scientist regrets the error.