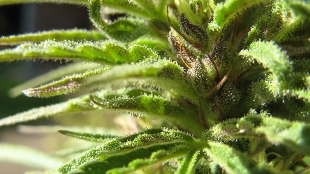 WIKIMEDIA, BOKSKEWith New York State poised to become the latest inductee into the legal medical marijuana club, The New York Times explored the science behind weed’s effect on the variety of ills it’s used to treat. The paper’s verdict? Research into the medical benefits of smoked cannabis is severely lacking, and few findings point to a definitive therapeutic effect in the growing list of ailments that some physicians prescribe marijuana to treat, according to new laws. “I just don’t think the evidence is there for these long lists,” Molly Cooke, a professor of medicine at the University of California, San Francisco, told the Times. “It’s been so hard to study marijuana. Policy makers are responding to thin data.”

As The Scientist reported in 2012, many researchers who would like to study the medical effects of smoked marijuana are stymied by nearly insurmountable obstacles to securing both research-grade supplies...

This difficulty stems in part from marijuana’s classification of an illegal, “Schedule I” drug as defined by the US Controlled Substances Act. According to that Act, the US government views cannabis—along with heroin and LSD—as a drug that has “no currently accepted medical use in treatment in the United States.”

“The [cannabis] laws date to a time when what we knew about marijuana was voodoo,” Mayo Clinic psychiatrist Michael Bostwick told The Scientist in 2012. “[The drug] can’t be applied to humans and to therapeutics because the laws don’t permit it to be done. The whole attitude towards medical marijuana is just irrational.”