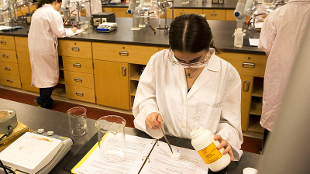 WIKIMEDIA, StFXTwenty-seven US scientists will join the prestigious ranks of existing Howard Hughes Medical Institute (HHMI) researchers, with today’s (May 9) announcement of the awardees. Hailing from 19 institutions across the country, the researchers score a 5-year appointment that will pay their full salary, benefits, and a substantial research and equipment budget over that time. “HHMI has a very simple mission,” said HHMI President Robert Tjian in a statement. “We find the best original-thinking scientists and give them the resources to follow their instincts in discovering basic biological processes that may one day lead to better medical outcomes. This is a very talented group of scientists. And while we cannot predict where their research will take them, we’re eager to help them move science forward.”

Peter Baumann, Stowers Institute for Medical Research, who studies telomerase and asexual reproduction in a...

Yukiko Yamashita, University of Michigan, who studies the intricacies of stem cell differentiation

Correction (May 9): The original version of this article referred to the arrangement enjoyed by HHMI Investigators as a "grant." In fact, these positions are appointments, with HHMI Investigators essentially becoming employees of the Institute. The correction has been made, and The Scientist regrets the error.