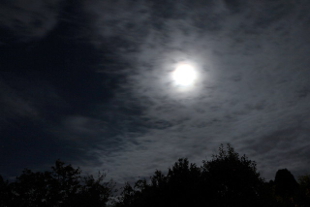 The sleep hormone melatonin appears to have a protective effect on nervous system tissue in mice, reducing the levels of harmful T cells in an experimental model of multiple sclerosis (MS), according to research published yesterday (September 10) in Cell. Higher levels of the hormone also negatively correspond to MS activity in humans.

In MS, the body’s immune cells attack the protective layer surrounding the neurons, leading to difficulties in muscle coordination, balance, and other nervous system functions. A team led by Francisco Quintana, a neurologist at the Brigham and Women’s Hospital in Boston, observed a cohort of 139 patients recruited from an MS clinic in Buenos Aires, Argentina. All patients exhibited relapsing remitting MS—a disease progression characterized by periods of stability interrupted by symptom flare-ups.

The researchers saw a 32 percent reduction in the number of relapses for the patients during fall and winter, echoing...

From there, Quintana and his colleagues tested their observations in the lab, using a mouse model of MS. After daily melatonin injections, the researchers found that melatonin in mice affected cells known to be important in MS: “We found that melatonin has protective effect,” Quintana said in a statement. “It dampens the immune response and helps keep the bad guys—or pathogenic T cells—at bay.” The observations also held up in human cells tested in vitro.

The authors were quick to note that their lab results don’t mean MS patients should take melatonin, which is commercially available as a sleep aid. “We don’t want patients to see the study and misinterpret our results,” study coauthor Mauricio Farez told Science. “It’s a neat study and great data, but we still need to do a lot of work.”