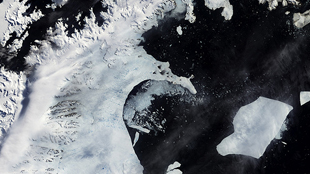 As climate change defrosts the Earth’s poles, masses of ancient microbes—some that were captured in ice over 750,000 years ago—are emerging from deep-freeze in the Antarctic, according to a feature report from Scientific American.

The melting Antarctic ice sheets, once thought to be barren, are teeming with microscopic cells and liberate living bacteria as they melt, according to Montana State University professor John Priscu, who has grown the ancient bacteria in his lab. "There's a lot of history in that ice sheet," Priscu told Scientific American. "It's a way of recycling genomes. You put something on the surface of the ice and a million years later it comes back out."

The fact that the cells are still alive is a big deal, said Louisiana State University microbiologist Brent Christner, because researchers don't understand how an organism can "sit for...

As they are released from the glaciers, the microbes could have numerous effects on the environment: the cells could become decaying masses of organic matter, releasing carbon into the atmosphere and contributing to global warming; and microorganisms added to the ocean could challenge or change marine life.