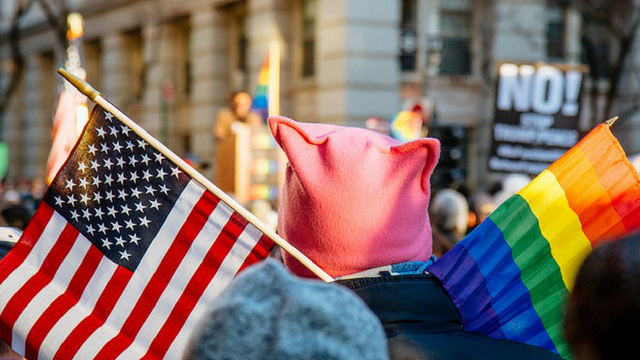 LGBT solidarity rally in February 2017 FLICKR, MATHIASWASIKLast week, President Donald Trump's administration dismissed the remaining members of the Presidential Advisory Council on HIV/AIDS (PACHA). This follows the mass resignation of half of the members of the council in June, in protest of the administration’s position on health policy.

The 10 remaining members of PACHA, who were appointed under former President Barack Obama's administration, received letters last Wednesday (December 27) “informing them that the administration was terminating their appointments,” PACHA’s executive director Kaye Hayes says in a statement (via The Washington Post).

PACHA was instituted in 1995 to make recommendations to the White House and the Secretary of Health and Human Services about ways to promote the treatment and prevention of HIV and AIDS. It is intended to include “doctors, members of industry, members of the community, and, very importantly, people living with HIV,” Scott Schoettes, a lawyer...

Schoettes was among those council members who had resigned in June, the “tipping point” for him being the President's aim to repeal the Obama-era Affordable Care Act (ACA). The ACA had been “of great importance for people living with HIV like myself,” he tells The Washington Post.

The dismissals are part of a routine changing of federal advisory committee members, a “common occurrence during administration changes,” according to Hayes’s statement. She also notes that all members are allowed to reapply to serve on the council in 2018. However, some council members question the motives behind the unprecedented terminations.

Patrick Sullivan, an Emory University epidemiologist and one of the recently dismissed council members, tells The Washington Post that past administrations have usually allowed advisory council members to complete their terms before hiring replacements. “It is important to have a rolling, transitioning body that crosses administrations that really has a set of diverse outlooks on the epidemic,” he adds.

Although President Trump has previously affirmed his administration’s commitments to addressing the HIV and AIDS epidemic (such as in a speech on World AIDS Day), gay rights advocates say he has been discriminatory on a subtle level by erasing mentions of LGBT communities from his statements, according to ABC News.

“Trump has made a continuous effort to erase LGBTQ people and people living with HIV from the fabric of our country—actions that fly in the face of American values and that all fair-minded Americans will continue to push back against,” Sarah Kate Ellis, president of GLAAD, an LGBT rights advocacy group, tweeted last week.

Nicholas Carlisle, the executive director of the Southern AIDS Coalition who was dismissed from the council last week, tells ABC News that he is disappointed about the “unceremonious” termination. “But HIV is a bipartisan issue and we want to work with this administration just like we worked with the last administration and we wish the future PACHA members well,” he adds.