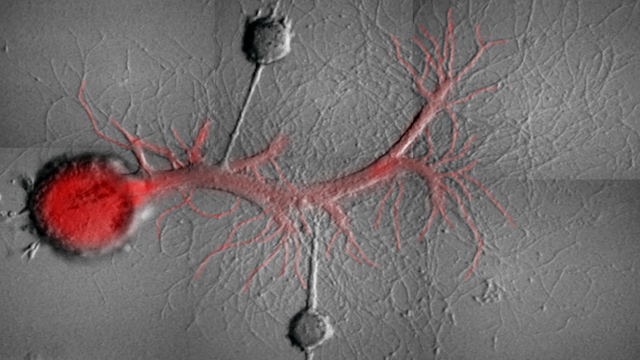 By blocking specific enzymes, researchers were able to selectively remove memories stored in the neurons of Aplysia, a sea slug. These findings, published last week (June 22) in Current Biology, demonstrate that distinct memories stored in connections to a single nerve cell can be manipulated separately.

“We were able to reverse long-term changes in synaptic strength at synapses known to contribute to different forms of memories,” study coauthor Samuel Schacher, a neuroscientist at Columbia University, told Motherboard.

By stimulating multiple Aplysia sensory neurons that make connections with to the same motor neuron, Schacher and colleagues induced associative memory, which involves learning the relationship between two previously unrelated items (a new acquaintance’s name, for example), and non-associative memory, where recollections are unrelated to a specific event. The team...

Molecules associated with memory have been discovered in the past. For example, in a 2006 Science study, another team of researchers was able to erase memories in mice by blocking a related molecule, PKM-zeta. Subsequent papers, however, found that mice lacking this enzyme had no problem forming memories.

More work is needed before this recent study can be translated to humans, but in the meantime, the experiment “demonstrates that there are diverse mechanisms by which neurons maintain memories in the brain and provides hope that someday we will be able to selectively remove pathological memories,” study coauthor Wayne Sossin, a neuroscientist at McGill University, says in a statement.