Earlier this month (July 19), new legislation passed by the New Jersey Supreme Court requires state judges to explain to jurors that eyewitness accounts are not always reliably because “human memory is not foolproof.”

“Eyewitness identification evidence is seen by jurors as being trustworthy and reliable,” Cornell University psychologist Charles Brainerd told Wired. “The science shows exactly the opposite.”

“Under the best conditions, people have about a 50/50 chance of getting it right,” he added.

Indeed, the majority of wrongful convictions in the United States results from misidentification by an eyewitness—such as when a person is asked to pick a suspect from a lineup—according to Wired.

The state’s decision to include this memory disclaimer stemmed from the 2004conviction of Larry Henderson, who was found guilty of manslaughter in relation to a fatal shooting in Camden. The ruling was appealed in 2008. The Supreme Court agreed to take the case, but only if an investigation into the reliability of New Jersey’s identification procedures took place, the Associated Press reported. This investigation recommended that state police change their witness identification methods and that courts start treating identifications more scientifically, thus putting less weight on an individual’s memory. 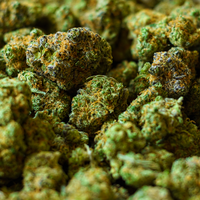