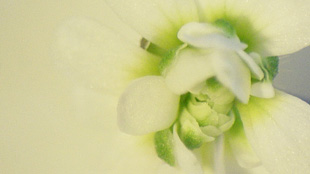 Just last week, we covered findings that show plants can transfer acquired defenses against pests and pathogens on to their offspring—a finding that may have implications in crop pest management. Now, a new study published in Plant Signaling and Behavior describes how three molecular mechanisms interact to create an inheritable signal.

“To connect the dots, we recently tested a group of Arabidopsis mutants that are affected by all three of the mechanisms suggested in prior research,” said Jurriaan Ton of the University of Sheffield, including small interfering RNAs (siRNAs), DNA methylation, and histone modification.

The current findings suggest that all three signals work together, but that only one factor is likely passed to offspring—methylation of the CHG motif, a common DNA sequence in the genome.  Ton tested mutant plants incapable of CHG methylation, and found they could not relay the memory response to their offspring.  Similarly,...

The researchers also confirmed a role for siRNAs in defense inheritance. The small RNA molecules appear to dictate which DNA motifs are to be methylated by binding to complimentary DNA sequences, as well as proteins involved in CHG DNA methylation.  “The siRNAs tether the methylation machinery near the DNA site,” said Estrella Luna, who collaborated on the study.

The researchers admit the siRNA targets still need to be demonstrated, but say the new discovery suggests that the larger pathway—called RNA-directed DNA methylation—plays a critical role in transferring resistance from parent plants to offspring.  “This tells us that the process that links siRNAs to DNA methylation and histone modifications results in the transgenerational defense response,” said Ton.