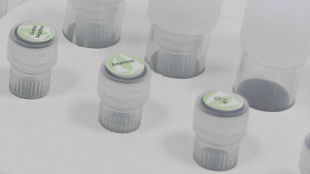 WIKIMEDIA, GERIBETH CIULLOThe German pharmaceutical and chemical company Merck is purchasing Sigma-Aldrich, which supplies a wide swath of lab reagents, for a whopping $17 billion. According to Reuters, the deal contributes to a record-breaking year for transactions in the healthcare industry, “with year-to-date activity in the sector topping $380 billion, well over double the year-ago level, according to Thomson Reuters data.”

Merck has been growing its lab supply side to become one of the biggest companies in the business, having bought EMD Millipore (a.k.a. Merck Millipore), which sells reagents and lab tools, in 2010. “Sigma helps fill in a lot of the missing pieces” for Merck, Ross Muken, a life sciences industry analyst with ISI Group LLC in New York, told The Wall Street Journal. Merck will now sell the range of life science products, from basic science tools and reagents to pharmaceuticals.

According to the Associated Press, Merck CEO Karl-Ludwig Kley said the firm had a “clear commitment” to St. Louis, Missouri, where Sigma-Aldrich is based. According to the news report, “he said it was too early in the integration process to answer a question about possible job losses at any of the company’s facilities.”