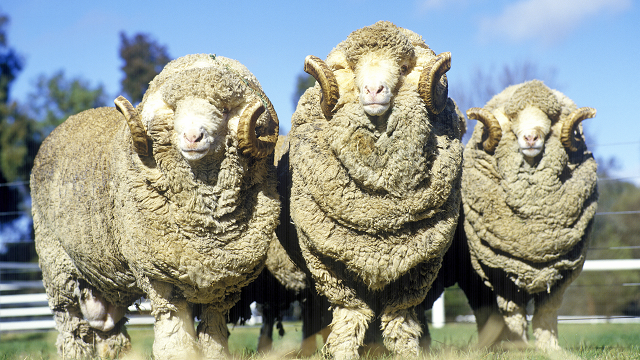 ISTOCK, JOHNCARNEMOLLAHairs curl because the cells on one side of the strand are longer than the cells on the other, at least in merino sheep, according to a study published today (March 23) in the Journal of Experimental Biology. The findings don’t fit neatly into either of the two leading theories for how curliness arises—namely, that there are more cells on one side than another, or that the two main cell types making up hair differ consistently in length and are distributed unevenly.

“We went in to test those two theories because as it turns out no-one has been able to directly measure them before,” study coauthor Duane Harland of agricultural research institute AgResearch in New Zealand tells ABC News. He adds that “it was very fiddly because the pieces of wool you’re dealing with are incredibly small.”

To analyze the fibers, Harland and his colleagues teamed...

They found that although the two cell types, known as orthocortical and paracortical cells, did indeed differ in length on average, there was a wide range of lengths in both cell types, and the average difference could not predict the curvature of the fibers.

Instead, the team showed that curvature was determined by the relative length of an orthocortical cell and the paracortical cell directly opposite it—meaning a mix of the two previous theories can explain why hair curls. “We have established clearly that cell type is important, as is cell length,” Harland tells The New Zealand Herald. The same should be true for human hair, he adds.