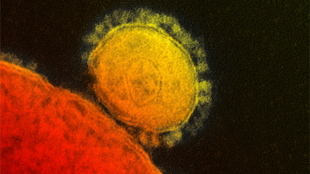 MERS coronavirusWIKIMEDIA, NIHSince 2012, the World Health Organization (WHO) has reported 1,154 laboratory-confirmed cases of infection with Middle East respiratory syndrome coronavirus (MERS-CoV), including 434 related deaths. The ongoing MERS-CoV outbreak, which originated in Saudi Arabia, is again on the move: the WHO last week (May 30) reported on China’s first confirmed case and today (June 1) announced two additional confirmed cases of MERS-CoV infection in South Korea.

Altogether, there have been 11 confirmed cases in South Korea. The first patient is a 68-year-old man who had traveled to Saudi Arabia and Qatar, among other places, and was asymptomatic upon arrival in South Korea last month. He then visited two separate health-care facilities. All 10 additional patients were in close contact with the first patient or with people who were in close contact with him. “Investigation of the source of infection is ongoing,” the WHO noted in...

“Chinese health authorities acted swiftly in response to the initial notification from the Republic of Korea that the close contact of a confirmed-MERS case had travelled to China earlier this week,” the WHO said, according to NBC News, Reuters, and the Associated Press. Officials in China are continuing to trace this patient’s contacts, including the health-care workers who treated him and passengers with whom he traveled.

Meanwhile, the WHO today (June 1) reported two additional cases of MERS-CoV infection, including one death, in Saudi Arabia. And yesterday (May 31), the WHO reported an additional confirmed MERS case in Qatar.