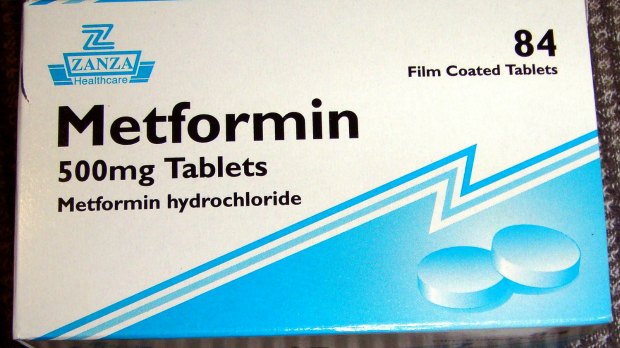 WIKIPEDIA, ASHDiabetics who use the commonly prescribed drug metformin to control blood sugar levels have a different composition of gut microbiota than other diabetics, according to a study published in Nature last week (December 2). The findings suggest metformin may have beneficial impacts on users’ bacterial symbionts.

“We weren’t able to show that other types of antidiabetic drugs had any actual impact on the gut microbiota,” senior study author Oluf Borbye Pedersen of the University of Copenhagen said in a press release. “When studying type 2 diabetes patients not being treated with metformin, we did, however, discover that they—irrespective of whether they were from Denmark, China or Sweden—had fewer of the bacteria which produce the health-promoting short-chain fatty acids.”

Pedersen and his colleagues studied the microbial assemblages present in the guts of 784 people. Diabetics who weren’t taking metformin had different bacteria from nondiabetics and diabetics who were...

The authors suppose these differences may influence both metformin’s efficacy and side effects. For instance, the functions of the bacteria that changed in abundance suggested that metformin takers would have elevated butyrate and propionate production. “Interestingly, recent studies in mice have shown that an increase in colonic production of these short-chain fatty acids triggers intestinal gluconeogenesis (IGN)…In rodents, the net result of increased IGN is a beneficial effect on glucose and energy homeostasis with reductions in hepatic glucose production, appetite and body weight,” they wrote in their report.

“It’s surprising that this single drug triggers such a noticeable change in our microbes,” coauthor Peer Bork of the European Molecular Biology Laboratory said in another press release. “Now think how many drugs are out there, and how many people take several drugs daily: even if only a fraction of drugs have this big an impact, they could still be dramatically shaping people’s gut.”