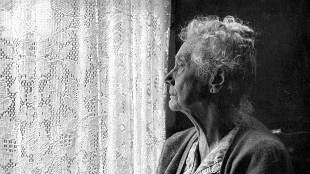 WIKIMEDIA, CHALMERS BUTTERFIELDThrough a study involving 5,000 individuals, researchers have found that methylation patterns are linked with age, and that older-looking methylation states may predict how much longer people will live.

The finding “is exciting as it has identified a novel indicator of aging, which improves the prediction of life span over and above the contribution of factors such as smoking, diabetes and cardiovascular disease,” Ian Deary, the study’s senior author and a researcher at the University of Edinburgh, said in a press release.

Deary’s study, published in Genome Biology last week (January 30), used two established measures that compare a person’s chronological age to the age predicted by DNA methylation to see how those metrics correlate with longevity. The researchers found that when a person’s DNA methylation age was five years older than his or her chronological age, the person’s chance of dying sooner than others without...

“It may therefore be possible to think of DNA methylation predicted age as an ‘epigenetic clock’ that measures biological age and runs alongside, but not always in parallel with chronological age, and may inform life expectancy predictions,” the authors wrote in their report. “Our results imply that epigenetic marks, such as gene methylation, are like other complex traits: influenced by both genetic and environmental factors and associated with major health-related outcomes.”