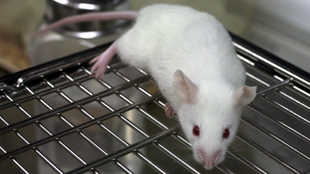 Researchers in Japan have for the first time cloned mice using single white blood cells from peripheral blood samples. The advance could mean the ability to clone infertile mice from which healthy eggs or sperm cannot be obtained. The results were published online Wednesday (June 26) in Biology of Reproduction.

The scientists used somatic-cell nuclear transfer to clone the mice, which had normal lifespans and were able to produce offspring. The cloning technique involves replacing the nucleus of an unfertilized egg with the nucleus of an adult somatic cell, such as a blood or skin cell. The egg is then placed inside a surrogate mother. A previous version of the process was used to clone Dolly the sheep in 1996, and has since been used to clone more than a dozen mammal species.

According to a statement, the new technique could be used to propagate mouse strains that cannot produce offspring naturally, or by other assisted-reproduction strategies.

Robin Lovell-Badge, a stem cell biologist at the MRC National Institute of Medical Research in London, told BBC News that the result was an incremental, but useful, advance on previous work. “The efficiency of cloning from these cell types was very good, suggesting that even a small drop of blood will contain sufficient numbers,” said Lovell-Badge. “This is helpful if the intention is to use cloning to propagate and expand numbers of rare or valuable types of individual or species.”