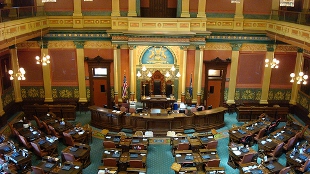 A bill that would prevent the unionization of graduate research assistants at University of Michigan passed the State Senate and House last week and is awaiting Governor Rick Snyder’s signature, according to the Detroit Free Press. The protests have split the campus with professors saying that such a move would not necessarily improve job quality for the students and could harm research,  while graduate assistants want to be recognized as employees, rather than mere students, to ensure negotiating rights.

Starting last April, over half of the graduate research assistants signed a petition calling to overturn an earlier ruling stating that graduate employees were students who conducted research in order to complete their dissertations.  The students, on the other hand, are calling for protection from unfair job practices that some professors impose.

The protests have splintered the campus, with students on one side and professors...