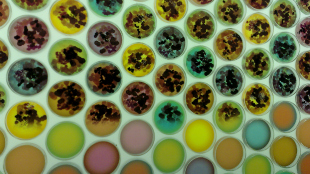 FLICKR, TONY ROBERTSMicrobes isolated from samples of pubic hair could help investigators track down perpetrators of sexual crimes, according to a small study published in Investigative Genetics this week (December 15). Scientists from Murdoch University in Perth, Australia, and their colleagues showed that people’s pubic hair carries unique microbial taxa and that such a signature could be used to help identify the source of a hair.

“I think this method has interesting possibilities for forensic science,” Max Houck, a lead forensic scientist at Consolidated Forensic Laboratory, told Science. For instance, pubic hair—and its associated microbes—left behind after an assault “may provide independent data to augment other forensic results and possibly provide association between victims of sexual assault and offender when other associative evidence is absent,” the authors wrote in their report.

“With perseverance, metagenomic analyses of hairs might develop into a useful component of the forensic toolkit to augment existing forensic techniques,” the researchers wrote.