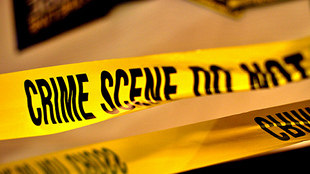 FLICKR, [PUAMELIA]The microbiomes of corpses could help detectives estimate when a person has died, according to a study published earlier this week (September 23) in the journal eLife. Researchers were able to able to narrow down the times of death of mice to three-day windows by identifying the microbes present in and on their bodies using DNA sequencing. The team is now working to estimate time of death in humans using a similar approach.

“What we’re looking for is whether the microbial community changes in a clock-like manner,” Jessica Metcalf, a postdoc at the University of Colorado Boulder and an author of the study, told NPR’s All Things Considered.

The researchers examined 40 decomposing mice over 48 days, collecting samples of archaea, microbial eukaryotes, and bacteria from their skin, from within their abdominal cavities, and from soils associated with each corpse. They found that the bacteria, particularly...

Currently, researchers estimate time of death by looking at the development of blow fly larvae in corpses, biochemical changes in nearby soil, and other markers. But these methods are imperfect. For researchers estimating time of death from blow fly larval development, for instance, it can be unclear when insects arrived at corpses and laid their eggs, as not all corpses contain developing pupae, and blow fly growth rates vary by region.

The researchers hope that their microbial method of estimating time of death will be suitable for use on humans, as a supplement to currently available methods.

“This work shows that your microbiome is not just important while you’re alive,” Rob Knight, a University of Colorado Boulder associate professor and corresponding author for the study, said in a press release. “It might also be important after you're dead.”