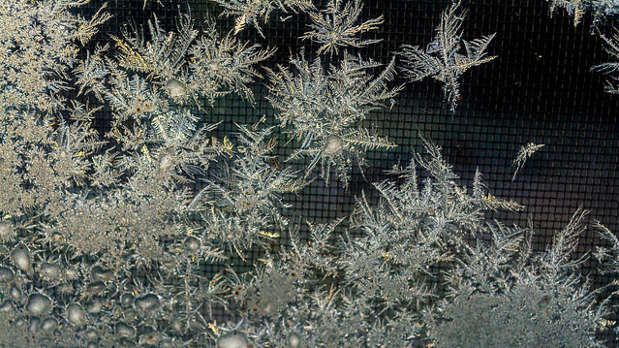 FLICKR, JAMES MANNPseudomonas syringae uses a special cell-wall protein as a mold for arranging water molecules into ice, even at temperatures above water’s normal freezing point, according to a study published last week (April 22) in Science Advances. Specifically, the protein, called inaZ, has alternating water-repelling and water-attracting regions, which push and pull on water molecules into an ice-like crystal. In the lab, P. syringae was able to crystallize water at 4° C; in nature, the bacteria are able to freeze water at around –2° C, according to Science News. But even that is still several degrees higher than the normal freezing point of pure water (around –40° C), The Verge reported.

“People have tried to understand how [the bacteria] control ice nucleation and they’ve done theoretical and computational studies,” study coauthor Tobias Weidner, a bioengineer at the Max Planck Institute for Polymer Research, told The...

Understanding this ice-making ability of P. syringae, which live on crops and other plants, could help researchers protect these organisms from frost damage resulting from the formation of ice crystals insides the plant’s tissues. “They nucleate ice to attack plant cells. They’re also used in artificial snowmaking. Then, they’re also involved in climate processes,” Weidner told The Verge. “It’s pretty spectacular.” The information could also inform scientists’ understanding of how P. syringae create clouds and rain, or help those who use the bacteria to make artificial snow at ski resorts.

However, because the study used a powder called Snowmax, which contains dead P. syringae along with nutrients intended to help the microbes grow before they’re freeze-dried and irradiated, more work is needed to confirm how these bacteria function in the field, biologist and ecologist Cindy Morris of the French National Institute for Agricultural Research (INRA) told The Verge. “This paper tells us about the physics of what’s going on,” she said, but “it doesn’t tell us any more than we knew before about the role of these bacteria in precipitation.”

Clarification (April 26): This story has been updated to cite The Verge for the freezing point of water as –40° C.