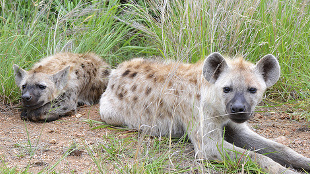 FLICKR, LAERTESCTBSymbiotic bacteria that populate the scent glands of hyenas seem to aid chemical communication among the scent-marking mammals, according to a study published in the Proceedings of the National Academy of Sciences today (November 11). Michigan State University’s Kevin Theis and his colleagues, who had previously shown that hyena social groups harbor unique communities of bacteria that produce signature smells, used next-generation sequencing to investigate the microbes found in the scent glands of wild spotted and striped hyenas. They found that the bacterial communities were dominated by fermentive species and that microbial profiles between spotted and striped hyenas differed.

“It’s an extremely important study showing the role of bacteria mediating interactions between mammals,” Penn State University’s David Hughes, who was not involved in the work, told LiveScience. “Only now are we discovering the role of what we think of as inconsequential passengers—the bacteria—and how important they are.”...

Theis told Nature that his team was somewhat surprised by the bacterial communities it found. “The diversity of the bacteria is enough to potentially explain the origin of these [scent] signals,” he said.

In their paper, the researchers suggested that their bacteria-based fermentation hypothesis of chemical communication may “prove broadly applicable among scent-marking mammals.” 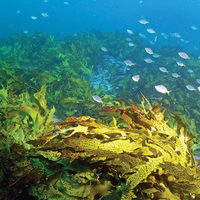 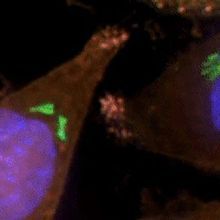