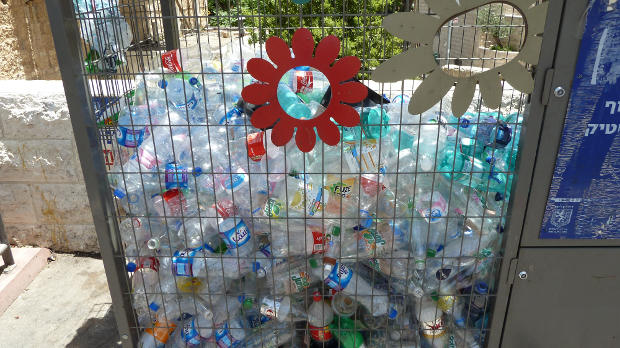 Will bacteria one day recycle plastic waste?WIKIMEDIA, DJAMPAAmong heaps of discarded plastic bottles, scientists working in Japan have found a new species of bacterium, dubbed Ideonella sakaiensis after the town where it was discovered, that appears to be able to break down and metabolize Poly(ethylene terephthalate) (PET), a common plastic used in packaging. I. sakaiensis uses two enzymes—a so-called PETase and one called MHETase—to degrade PET into monomers, which in turn fuel the bacteria’s growth. The researchers reported their findings in Science Friday (March 11).

“Large quantities of PET have accumulated in environments across the globe,” coauthor Kohei Oda of Kyoto Institute of Technology in Japan told New Scientist. “So, to solve this problem, microbes that break it down could be useful.”

But I. sakaiensis works slowly. Oda and colleagues found that it took the bacteria six weeks to fully break down a small film of amorphous...

Still, the new discovery is a hopeful development towards the ultimate goal of bio recycling. “In contrast to other recycling methods, due to the high specificity of the enzymes, PET building blocks could even be extracted from mixed plastics waste or from composite materials,” Georg Geubitz, head of the institute of environmental biotechnology at the University of Natural Resources and Life Sciences, Austria, who was not involved with the study, told Chemistry World.