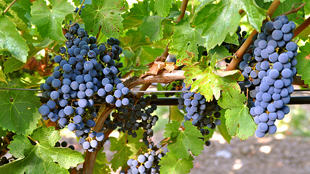 FLICKR, SARAH ACKERMANMicrobes play a central role in turning grape must—mashed stems, seeds, skins, fruits, and juice—into wine. But now researchers from the University of California, Davis, have also shown that microbes specific to the cultivar or region of the wine grapes (Vitis vinifera) may contribute to terroir—the enigmatic, signature taste of a geographic area’s wine that has previously been attributed to water, soil, and climate. Their work was published yesterday (November 25) in Proceedings of the National Academy of Sciences.

“It’s likely that microbes play a larger role than presently known and are probably a part of the regional differences that we recognize,” Thomas Henick-Kling, a professor of oenology at Washington State University who was not involved in the study, told The New York Times.

The team used a short-amplicon sequencing approach on 273 grape must samples from multiple California locations and two different...

“The reason I love this study is that it starts to walk down a path to something we could actually measure,” coauthor David Mills told The New York Times. “There are high-end courses on terroir, which I think are bunk. Someone has to prove that something about terroir makes it to the bottle, and no one has done that yet.”