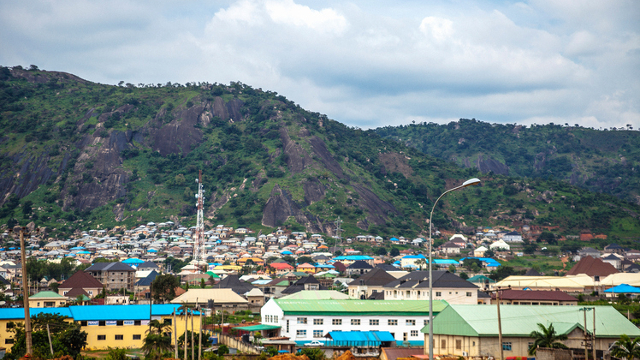 Researchers compared the microbiomes of Nigerian farmers to those of residents of cities such as Abuja.ISTOCK, PEETERVA comparison of the microbiomes of subsistence farmers and urban residents in Nigeria finds that differences between the two begin in infancy. The study, published today (June 5) in Cell Reports, adds to an emerging picture of how differing diet and lifestyle can result in markedly divergent gut bacteria communities.

Turroni and other members of the research team focused on the Bassa population of subsistence farmers in Nigeria and residents of four cities in the same country. They compared the makeup of the gut microbiomes of adults in each group and of babies and toddlers less than three years old. The Bassa infants had microbiomes more like those of adults in their communities than did the city-dweller babies, the researchers report, perhaps due in part to the fact that they tend to begin eating foods other than breastmilk at a younger age and to their frequent contact with untreated water.

There were other differences between the two populations, including a higher proportion of fiber-chomping bacteria in the Bassa microbiomes than in those of urban residents, but the authors note that the similarities were greater than in previous studies that compared hunter-gatherers with Westerners.

“The distinctive microbial and metabolic traits observed in traditional populations, which tend to have much lower rates of Western diseases, could help us understand the mechanisms that lead to the rupture of these microbiome-host relationships,” coauthor Funmilola Ayeni of the University of Ibadan in Nigeria says in the statement. “This could also potentially result in a greater understanding of the inflammation and immune dysregulation that follows.”