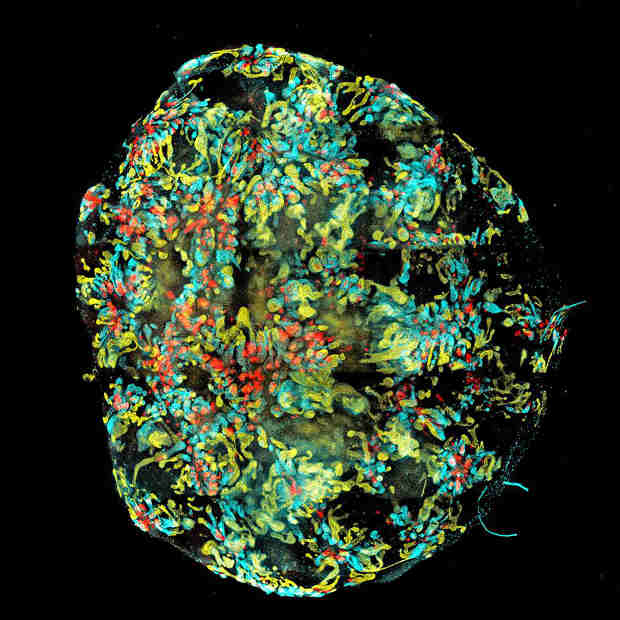 A mini-kidney formed in a dish from human induced pluripotent stem cellsMINORU TAKASATOIn a time when organoids are becoming commonplace in the lab, a research team from Australia and the Netherlands has successfully generated structures that resemble embryonic kidneys from human stem cells. In addition to being a step in the right direction for eventual lab-grown kidneys for transplant, the structures could help scientists screen drugs for toxicity and model normal and diseased kidney function, the authors argue in Nature today (October 7).

“It’s not a kidney, it’s a kidney model,” study coauthor Melissa Little of the Murdoch Children’s ­Research Institute in Melbourne, Australia, told The Australian. “But it’s a hell of a lot better than we’ve had before.”

“The structure’s fine-scale tissue organization is realistic, but it does not adopt the macro-scale organization of a whole kidney,” Jamie Davies of the University of Edinburgh wrote in an...

The researchers used signaling factors to direct the differentiation of human induced pluripotent stem cells (iPSCs) into two kidney precursor cell populations: one that forms the collecting ducts and the other that forms functional nephrons. The resulting structures include a collecting duct network as well as connective tissue and blood vessel progenitor cells that surround the nephrons of human embryos, and early tests suggest similarity between the organoids and embryonic kidneys. The team found a similar gene-expression profile to that of kidneys of first-trimester human fetuses, for example, and the in vitro structures suffered damage in response to known renal toxins.

The work follows a similar success just last month when researchers at the Jikei University School of Medicine in Tokyo created mini-kidneys that from human stem cells that excreted urine when transplanted in rats and pigs.

A mini-kidney scanned from the bottom of the organoid to the top. At the bottom you can see the branching collecting ducts which are connected to the tubules of the nephrons (yellow then red) which in turn attach to the glomeruli (green) at the top.MINORU TAKASATO