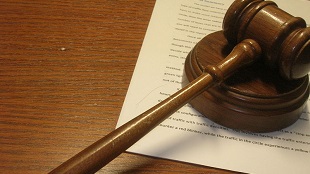 WIKIMEDIA, BRIAN TURNERAfter more than two months of discussion, continued reports from scientists about their inability to replicate the results (with the exception of a reported success), and accusations of image duplication, among other issues, an investigation led by officials at Japan’s RIKEN research center yesterday (April 1) concluded that scientific misconduct was at play in the publication of stimulus-triggered acquisition of pluripotency (STAP). Specifically, the committee found evidence of data falsification and fabrication, but it did not call for the papers to be retracted. Such a move, along with any other disciplinary actions deemed necessary, will be determined by a separate committee.

Nevertheless, lead author Haruko Obokata of the RIKEN Center for Developmental Biology in Kobe, Japan, continues to stand by her team’s results. “I am filled with feelings of indignation and surprise,” Obokata, who noted that she intends to appeal the judgment, said in...

Early suspicions of foul play arose when researchers began to point out—both on their blogs and on the site PubPeer—that some of the images appeared manipulated and that some of the text seemed to be plagiarized. In response, RIKEN put together a six-person investigating committee to take a closer look at the allegations. An interim report released by the committee last month detailed specific problems, and the final report, released yesterday, concluded that two of these problems constituted research misconduct: the splicing together of two electrophoresis gel photos into a single figure in the paper (falsification), and the reuse of images from Obokata’s doctoral thesis, the data for which were collected under different experimental conditions (fabrication).

Obokata, who is the only author deemed guilty of research misconduct, responded—specifically, to the falsification charge regarding the spliced image—saying, “[t]he idea was to present an easy-to-view photo,” and that the image manipulation “did not change the obtained results.” Obokata admitted that the duplication of figures was a mistake, which she said the team had already identified and submitted a correction to Nature.

The committee also found a handful of other problems that, while they affected the studies’ credibility, fell short of actual misconduct, including the identified instances of plagiarism. “Dr. Obokata’s actions and sloppy data management lead us to the conclusion that she sorely lacks, not only a sense of research ethics, but also integrity and humility as a scientific researcher,” the report read.

As to whether STAP actually works, the committee refused to make a judgment. “That is beyond the scope of our investigation,” committee chair Shunsuke Ishii, a molecular biologist at RIKEN in Tsukuba, Japan, said at a press conference yesterday. But RIKEN President Ryoji Noyori said that researchers within his institution will attempt to reproduce the findings, and cooperate fully with any external investigators who wish to try.

And many are. Just yesterday (April 1), for example, Chinese University of Hong Kong stem-cell researcher Kenneth Lee reported that he’d been able to reproduce the results using the refined protocol posted by Charles Vacanti of Harvard Medical School and Brigham & Women’s Hospital, a coauthor on the original STAP publications.

Obokata said she still believes strongly in the results. “At this stage, considering the STAP cell discovery itself to be fabricated is a misunderstanding; I cannot possibly accept this,” she said in her statement.