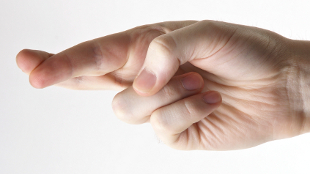 Research misconduct and the fallout from such behavior is increasingly common, according to a new report compiled by a company that makes software to detect plagiarism in submitted scientific manuscripts. The makers of iThenticate—software that combs a database, called CrossCheck, with more than 25 million published articles—published the report, which collates previously published research on misconduct and plagiarism, and sprinkles in a few iThenticate customer testimonials.

A couple of years ago, iThenticate helped determine that plagiarism was a far more common occurrence in the scientific literature than anyone expected, and the new report confirms that finding with some standout figures: retractions have increased tenfold over the past decade, 1 in 3 scientists admits to questionable research practices, and $110 million was spent on misconduct investigations in the United States in 2010.

But beyond the regurgitated factoids, iThenticate's own data is a striking illustration of how common plagiarism...