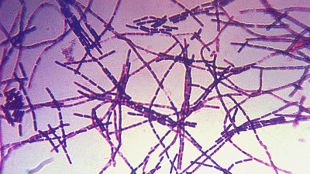 Photomicrograph of Bacillus anthracis bacteria WIKIMEDIA, CDCLast week (May 28), the US Department of Defense announced that an Army lab in Utah had mistakenly sent live anthrax spores to laboratories in nine states and one foreign country. Now, those numbers have grown to 18 states plus the District of Columbia and three countries abroad (Korea, Australia, and Canada). At least 52 labs are suspected to have received such live samples, which should have been inactivated by radiation prior to shipping, Pentagon officials said this week. And these tallies are likely to continue to grow, Defense Department officials warned, according to The New York Times.

While the Defense Department maintains that the mistaken shipments pose no danger to the public, 31 laboratory technicians, including active duty and civilian employees and contractors, are taking preventive medicine and being closely monitored. Twenty-two of these technicians are stationed at Osan Air Base, 30 miles from Seoul, South Korea, Military Times reported.

The Pentagon is working with the US Centers for Disease Control and Prevention to retrieve the samples. “We are acting with urgency . . . on this matter,” Deputy Defense Secretary Bob Work said in a Department of Defense news article. “We are going after it as fast as we can.” 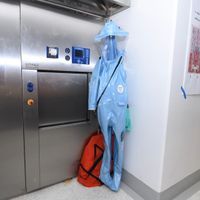