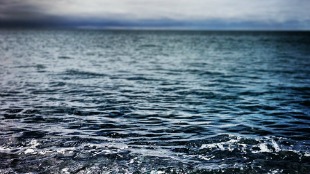 PIXABAY, UNSPLASHTaiwan’s Maritime and Port Bureau has concluded that mistakes by crewmembers contributed to a research vessel veering off course and sinking in October 2014. Two researchers aboard died in the accident.

“The committee members had thorough discussions from both the technical and legal perspectives, and they reached the unanimous conclusion that the accident was caused by personnel errors,” Chi Wen-jong, the director of the Maritime and Port Bureau, told the Taipei Times. “They also reached a consensus on the punishment to be handed down to the individuals responsible.”

A full report on the incident and the crewmembers’ punishment is yet to be released. According to the news report, those responsible could lose their seafaring licenses.

The Ocean Researcher V had turned toward shore a day into its expedition because of rough weather, but altered course, hitting a reef and sinking. Those aboard were rescued, except for...

“The ship should be equipped with devices to let both the captain and chief officer know they have deviated from the route, which they should have the ability to adjust,” Chi said. “The fact of the matter is none of them did anything to address the problem.”