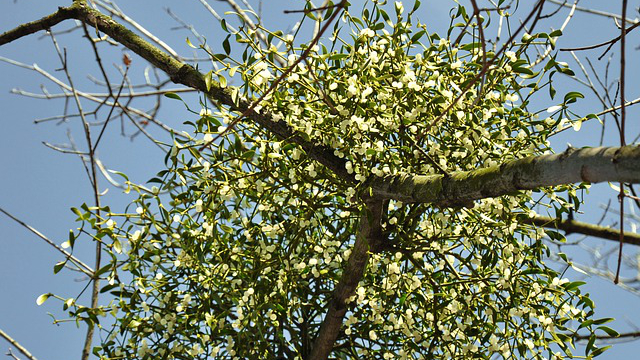 PIXABAY, TAPPANCSEuropean mistletoe doesn’t have a key enzyme that breaks down sugar into usable energy, two research groups report today (May 3) in Current Biology. The teams also reveal how the parasitic plant, which grows on trees, works around that gap in its energy-generating machinery.

“This research is incredibly exciting,” graduate student Maureen Williams of Trinity College Dublin who was not involved in the studies, tells Gizmodo. “The evolution of parasitic lifestyles is one of the most fascinating stories of life on our planet, and these two papers, especially together, highlight the novel ways in which parasites adapt biochemically and genetically to out-compete their hosts—and other parasites.”

The enzyme the plant is missing is called Complex I. It is so central to breaking down sugar into usable energy that it’s found in the mitochondria of everything from jellyfish to people. Typically, mitochondria contain highly conserved protein...

The two research groups, which are based in Germany and the U.K., decided to look for the protein complex itself in the plant. Instead, they found hints that mistletoe goes about energy generation very differently from its multicellular brethren. In addition to lacking Complex I, for example, mistletoe mitochondria have low levels of some other complexes in the ATP assembly line. Cells pick up part of the slack by generating energy through reactions in the plasma of the cell such as glycolysis, a different way of converting glucose to energy.

“[M]aybe because mistletoe is a parasite and it gets lots of nutrition from its host then it doesn't need a high capacity for respiration,” study coauthor Andrew Maclean of the John Innes Centre in the U.K. says in a statement.