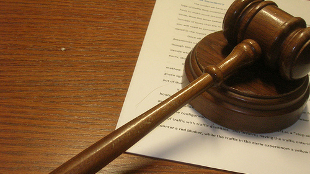 WIKIMEDIA, STEAKPINBALLA well-respected biochemist and rising star at the Massachusetts Institute of Technology (MIT) has retracted an important paper after an internal investigation found that her former postdoc faked the figures, reported Retraction Watch.

Alice Ting, named one of Technology Review’s “Innovators Under 35” in 2006, published the paper in question—which demonstrated a new way to image the mechanisms of synapse formation in the brain—in Cell in 2010. The first author was postdoc Amar Thyagarajan.

The paper was well-received, and Autism Speaks, which funded Thyagarajan’s postdoc, declared that “the ability to observe the active development of synapses will undoubtedly factor into future discoveries, paying dividends for some time to come.” The paper has since been cited 17 times, according to ISI Web of Knowledge

But yesterday (February 14), Cell retracted the paper. The accompanying notice explained that when Ting’s group discovered they could not reproduce the results, MIT...

“The findings against me were the result of a deeply flawed and sloppy investigation that ignored evidence that someone had tampered with and deleted my data, after the publication of the paper, and made it look as if I had falsified data,” he wrote. “The matter is now at ORI [the Office of Research Integrity]. I expect to have a full and fair opportunity to be heard before impartial fact-finders and am confident that my innocence will be established.”

For her part, Ting pointed out that her lab has subsequently found that, with modified constructs and protocols, the method in question can be used to do what was originally claimed in the retracted paper. She plans to report her new findings in a future publication.