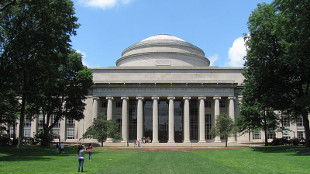 WIKIMEDIA, JOHN PHELANAfter a little more than a year in the position, Chris Kaiser announced this week (September 16) that he will step down as provost of the Massachusetts Institute of Technology (MIT) in late October. Kaiser will return to “the rich and exciting intellectual life of an MIT faculty member,” he said.

Prior to serving as provost, Kaiser chaired the university’s biology department for eight years. He turned down an opportunity to lead the National Institute of General Medical Sciences in 2012 before accepting the administrative role at MIT.

“Since taking on the role of provost, Chris has served by my side through a challenging period for MIT,” President L. Rafael Reif wrote in an e-mail to the MIT community. Among other things, the university made headlines in the past year for its role in the prosecution of the late Aaron Schwartz.

Kaiser said that he plans...

“As provost . . . I have been an enthusiastic cheerleader as the revolution in online learning sweeps across MIT,” he wrote. “But administration and cheerleading are not the same as doing. I am eager to return to the classroom and to actively participate in the development of new educational tools.”