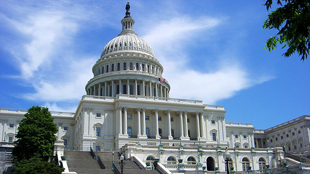 Today (March 27), a contingent of graduate students from the Massachusetts Institute of Technology delivered a petition to Congress, urging the government to boost federal support for scientific research. The petition, advertised around the web via a YouTube video featuring 42 MIT graduate students, now has over 10,000 signatures.

President Barack Obama’s proposed 2013 budget recommended some increases in science funding, but it must still be authorized by Congress, and automatic cuts from the Budget Control Act of 2011 loom on the horizon. These cuts include reducing budgets at key science agencies, such as the National Institutes of Health and NASA, by up to 11 percent over the next 10 years, beginning next year.

The MIT petition, which began circulating in November 2011, urges Congress to “reserve the indispensable investments in science and engineering research that will drive our nation’s prosperity for generations.” More...

“Federal spending on R&D accounts for less than 5 percent of the budget, while innovation accounts for over 60 percent of economic growth,” the students state in the video. “That’s an investment we can’t afford to lose.”