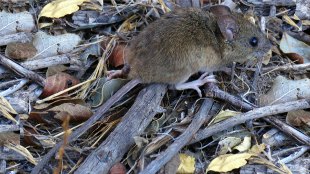 WIKIMEDIA,YAMIL HUSSEIN E.Researchers from the Cary Institute of Ecosystem Studies in Millbrook, New York, and the University of Georgia have developed a model that can predict which rodents likely carry pathogens that can infect humans. The tool is 90 percent accurate in picking out species already known to harbor zoonotic pathogens, and it also spit out a list of 150 other species that have a high chance of carrying such diseases.

“These conclusions are statistical rather than definitive,” The Economist reported on the results, published this week (May 18) in PNAS. “They cannot say for sure that any particular species carries diseases which could be transmitted to people. But they do imply that these species would be worth looking at.”

The model relied upon machine learning and heaps of data on the natural history of various rodent species. The results point to hot spots where these potentially...

Felicia Keesing, a biologist at Bard College in New York who was not involved in the work, told Nature News that the model’s inclusion of animals’ life history traits could enable more accurate disease prediction.