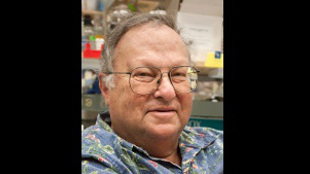 SALK INSTITUTE FOR BIOLOGICAL STUDIESNeuroscientist Stephen Heinemann, a long-time professor at the Salk Institute for Biological Studies of La Jolla, California, and former president of the Society for Neuroscience whose research focus was on the molecular underpinnings of neurotransmission, died last week (August 6) of complications of kidney failure. He was 75.

Among his research accomplishments, Heinemann identified the genes encoding the major excitatory neurotransmitter receptors in the brain and his work on glutamate receptors.

“Steve was a giant of twentieth century neuroscience,” Salk Institute President William Brody said in a statement. “His discoveries opened many avenues to better understand the function of the brain and for pursuing new therapies for neurological disorders.”

Born in Boston in 1939, Heinemann earned a bachelor’s degree from Caltech in 1962 and a PhD in biochemistry from Harvard University in 1967. He then completed postdoctoral research at MIT and the Stanford University School...

“In the last decade, there has been an explosive interest in brain glutamate receptors. This comes from the recognition that this set of membranous proteins plays crucial roles in brain physiology and pathology,” Vivian Teichberg told The Scientist in 1991. “It is therefore not too surprising that our paper, published together with those from the groups of Stephen Heinemann at the Salk Institute and of Robert Wenthold at the National Institutes of Health”—describing the molecular structure of a rat kainate receptor, which responds to glutamate—“attracted wide attention.”

Heinemann is survived by his wife, five children, four sisters, and 12 grandchildren.