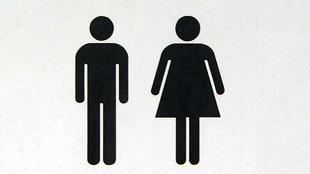 Whether a BRCA mutation is inherited from the mother or father may affect age of diagnosis or even the risk of developing cancer in the carrier, researchers presented at the San Antonio Breast Cancer Symposium last week. After analyzing 1,889 breast or ovarian cancer patients at the Monter Cancer Center in Lake Success, NY—130 of which knew the parent of origin of either their BRCA1 or BRCA2 mutation—the researchers found that the patients were diagnosed 6 to 9 years earlier if the mutation was passed down by the father.

“Genetic diseases may display parent-of-origin effects,” Iuliana Shapira, director of cancer genetics at the Monter Cancer Center said in a press release. “Cancer penetrance in mutations carriers may be determined by the parent origin of BRCA mutation.”

If the findings are corroborated by larger cohort studies, Shapira said, they may influence treatment and preventative measures, such as the age at which carriers of BRCA mutations opt for surgical removal of breasts and ovaries. “Doctors might think about watching and waiting in young women with BRCA mutations inherited from her mother’s family and being more aggressive in young women who inherited the mutation from their father’s side,” she said.