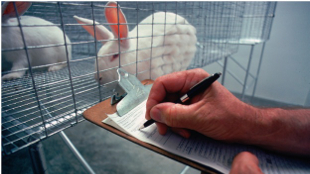 Wikimedia, USDAIn the 7 years since the University of California, San Francisco (UCSF), paid $92,500 to settle federal allegations that its researchers violated animal care guidelines, neglect and mistreatment have continued at the institution, according to a report to a report out last week in the San Francisco Chronicle.

Examining inspection reports from the US Department of Agriculture’s (USDA) animal welfare division and UCSF’s internal incident lists, the newspaper revealed a string of violations, including failures to maintain clean enclosures, failures to provide sufficient food and water, and poor monitoring of animals.

For example, USDA inspectors cited UCSF researchers for not checking on the health of voles used in a degenerative brain disease study over one weekend. They also found that several animals received little or no pain medication after surgical procedures, and that one Rhesus macaque was used in a Parkinson’s study for 2 years despite painful...

Such treatment “is not consistent with the intent of this section of the Animal Welfare Act,” the inspector wrote in a report. “Keeping an animal on study under these circumstances does not avoid or minimize discomfort, distress, or pain to that animal.”

A spokeswoman for UCSF told the San Francisco Chronicle that “failures to follow policies, guidelines, and protocol can occur” at larger biomedical research programs. She added that considering its size, the UCSF had few incidents. The USDA’s most recent visit, an unannounced inspection this past June, produced no citations.