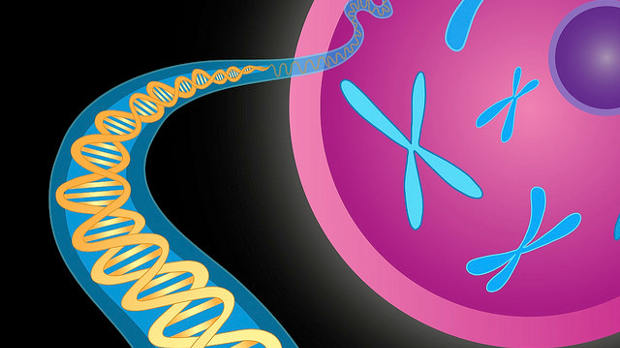 FLICKR, NIH IMAGE GALLERYCRISPR/Cas9 is efficient compared to previous gene-editing techniques, but there’s still plenty of room for improvement. CRISPR is less efficient when employing the cellular process of homology-directed DNA repair (HDR), as opposed to nonhomologous end joining. Now, Jacob Corn, the scientific director of the Innovative Genomics Initiative at the University of California, Berkeley, and his colleagues have improved the success rate of homology-directed repair following CRISPR/Cas9 –induced breaks to 60 percent.

“We have found that Cas9-mediated HDR frequencies can be increased by rationally designing the orientation, polarity and length of the donor ssDNA [single-stranded DNA] to match the properties of the Cas9-DNA complex,” the researchers wrote in their paper, published last week (January 20) in Nature Biotechnology. “We also found that these donor designs, when paired with tiled catalytically inactive dCas9 molecules [which bind to DNA without cleaving it], can stimulate HDR to approximately 1%,...

“Our data indicate that Cas9 breaks could be different at a molecular level from breaks generated by other targeted nucleases, such as TALENS and zinc-finger nucleases, which suggests that strategies like the ones we are using can give you more efficient repair of Cas9 breaks,” coauthor Christopher Richardson, a postdoc in Corn’s lab, said in a statement.