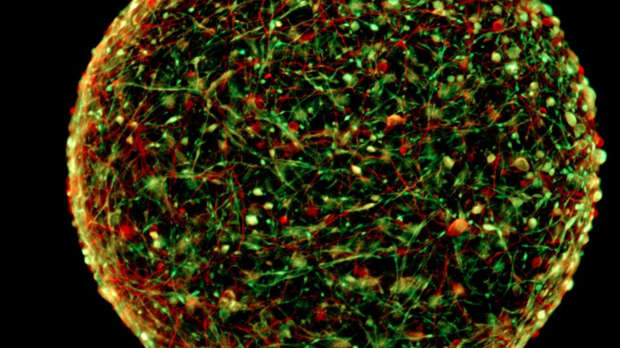 THOMAS HARTUNG/JOHNS HOPKINSMini brains, or orbs of neurons typically derived from human fibroblasts intended to better recapitulate human brain function than rodent models, just got simpler. At the annual meeting of the American Association for the Advancement of Science (AAAS) in Washington, DC, last week (February 12), Johns Hopkins University toxicologist Thomas Hartung described his group’s latest versions of these increasingly popular brain organoids, which have recently been used to study Down syndrome and autism, among other disorders, are only 350 micrometers in diameter—about the size of a housefly’s eye—yet contain multiple types of neurons, as well as astrocytes and oligodendrocytes.

The mini brains are smaller and more standardized than previous versions, Hartung said, comparing previous versions to Ferraris and Maseratis and his own to Mini Coopers, Science News reported. “We don’t have the first brain model nor are we claiming to have the best one,” Hartung...

Hartung and colleagues now working to patent the mini brains and launch a company called Organome to produce them. The researchers hope to begin production this year. “Only when we can have brain models like this in any lab at any time will we be able to replace animal testing on a large scale,” Hartung said in the press release.