Indeed, each subsequent generation arising from the first radiation-affected butterflies had more severe physical abnormalities than its parent generation. Part of this can be explained by the passing down of damaged genes, but an additional factor, the researchers say, was that butterflies ate contaminated food in the area, which can be more damaging than external exposure.

"It has been believed that insects are very resistant to radiation," lead researcher Joji Otaki from the University of the Ryukyus, Okinawa, told BBC News. "In that sense, our results were unexpected." 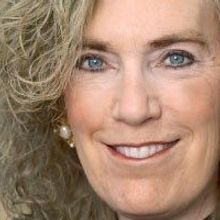