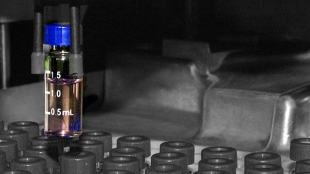 WIKIMEDIA, HEY PAULFollowing the discovery of decades-old smallpox vials in a government storage facility this summer, the National Institutes of Health (NIH) implemented a broad search at the agency’s labs for other potentially overlooked pathogens. The clean-up apparently paid off. Last week (September 5), the NIH announced it had found a deadly toxin called ricin along with other potentially deadly pathogens.

“These things were stored in locations where they should not have been stored,” Alfred Johnson, director of the NIH’s office of research services, told The Washington Post. Although NIH labs might have authority to work with some of these substances or disease-causing agents, the labs where the finds were made did not have such clearance.

Along with ricin, the search turned up vials of a nerve toxin and of the bacteria that cause plague, Melioidosis, and tularemia. According to an agency memo, the NIH “takes this matter...

The Times also reported that the US Food and Drug Administration recently found Staphylococcal enterotoxin stored in an unauthorized agency laboratory.