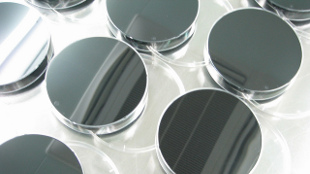 FLICKR, LAINEEMATroubles continue for researchers attempting to validate the stimulus-triggered acquisition of pluripotency (STAP) technique described in two Nature papers published in January. Earlier this month, Chinese University of Hong Kong’s Kenneth Lee followed the published STAP protocol but failed to reproduce the work. He published his results on ResearchGate’s newly launched Open Review forum on March 13. Lee also submitted the work to Nature for publication as a Brief Communications Arising, but apparently was rejected. Yesterday (March 24), with Lee’s permission, stem cell researcher Paul Knoepfler of the University of California, Davis, posted the rejection letter on his blog. “Our main criterion for consideration is the degree to which the comment challenges the main conclusions of the published paper in question,” an editor allegedly wrote to Lee.

Following RIKEN’s release of its initial report on the STAP research, Nature said it was still investigating the contested papers, adding that were it necessary, the journal would seek permission from all authors to retract the work.

Meanwhile, one researcher involved in the study, Charles Vacanti of Harvard Medical School and Brigham & Women’s Hospital, has posted a “refined protocol” for producing STAP cells on the website of the hospital’s Center for Tissue Engineering & Regenerative Medicine. Over at ResearchGate, Lee said he has set up a team to run the experiments according to Vacanti’s protocol. “We are open-minded,” Lee wrote, adding that “hopefully it will work this time.”