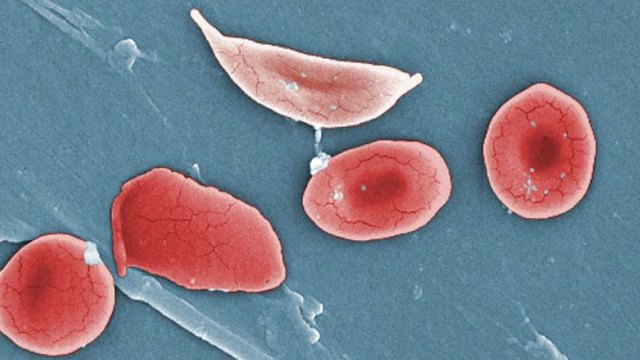 WIKIMEDIA, OPENSTAX COLLEGEIn another demonstration of the clinical utility of CRISPR, researchers have corrected the gene underlying sickle cell disease in human cells. In a Nature paper published Monday (October 7), the team reported that the treated hematopoietic stem cells survived for at least 16 weeks when transplanted into the bone marrow of mice.

“What we’ve finally shown is that we can do it,” Stanford University’s Matthew Porteus, a coauthor on the study, said in a press release. “It’s not just on the chalkboard. We can take stem cells from a patient and correct the mutation and show that those stem cells turn into red blood cells that no longer make sickled hemoglobin.”

Porteus told Reuters that his group has enough preclinical data to seek federal regulators’ approval for a human clinical trial to test the approach.

According to Reuters, the Berkeley team “used the CRISPR gene editing tool to snip out the diseased gene and deliver a new stretch of DNA to correct the mutation in human stem cells. . . . In the Stanford study, Porteus and colleagues took a different approach. They used CRISPR to snip the gene, but they used a harmless virus to introduce the repair mechanism into cells.”