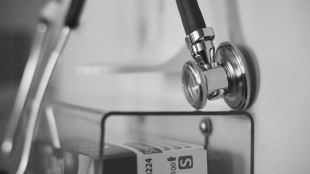 PIXABAY, PARENTINGUPSTREAMWhile it is nearly universally accepted that biomedical researchers—and those who approve their studies in humans—ought to disclose any relationships they have with biotech or pharmaceutical firms, one in five members of institutional review boards (IRBs) don’t always come clean. Still, that number, taken from a survey published today (July 13) in JAMA Internal Medicine, is a big improvement from the nearly half of IRB members who reported a lack of such disclosure back in 2005.

“The findings . . . suggest that actions and safeguards related to IRB oversight have improved in recent years, but there is progress to be made in attaining the conditions needed for the ethical conduct of human studies,” Laura Weiss Roberts of Stanford University School of Medicine wrote in a commentary accompanying the study.

IRBs are tasked with making sure human experiments are up to ethical code. Massachusetts General Hospital’s Eric...

Troubling to Campbell’s team, however, was that the results showed no significant difference in the proportion of IRB members who voted on a protocol despite having a COI (35 percent in 2005; 25 percent in 2014). “This behavior is in violation of the Department of Health and Human Services’ federal-wide assurance that prohibits a member’s involvement in the review of protocols with which they have a conflict,” Campbell and his colleagues wrote in their report. Such disregard for the rules could be due to the fact that one-third of the 2014 respondents didn’t know whether their institution had a COI policy, they speculated.

“The good news is that during the past decade, significant progress has been made in disclosing and managing COIs among IRB members. Nevertheless, there is still work to be done,” the researchers wrote, “including educating members about what constitutes a COI, stopping IRB members with COIs from voting on protocols with which they have a conflict, and researching bias in the presentation of industry-sponsored protocols.”