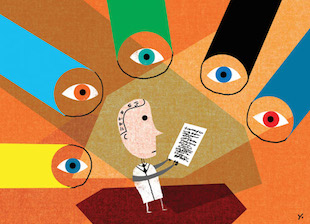 To close out Peer Review Week 2016, a cross-disciplinary celebration of the often-unappreciated work of reviewers, the website Publons on Friday (September 23) announced “Sentinels of Science,” awarding prizes to reviewers and editors who have contributed to the most manuscripts in the past year, as well as an honorary “Sentinel Badge” to the top 10 percent of reviewers in a variety of fields.

The award for most prolific reviewer this year went to Jonas Ranstam, a Swedish medical statistician who reviewed an astonishing 661 papers in the last 12 months—almost two per day. In second place was Grigorios Kyriakopoulos of the National Technical University of Athens, with 437 reviews in the same period. In third place was Columbia University’s Gaetano Santulli, who reviewed 356 manuscripts last year.

“I think we all know how important peer review is,” said Nobel Laureate Richard J. Roberts...

Ranstam, a retired professor at Lund University who now works as an independent statistician, says he finds the work rewarding in its own right, with or without a prize. “I often work in the evening and usually on Saturdays, but this is a structure that suits me and my wife. My salary is lower, but my quality of life much higher,” he told STAT News.