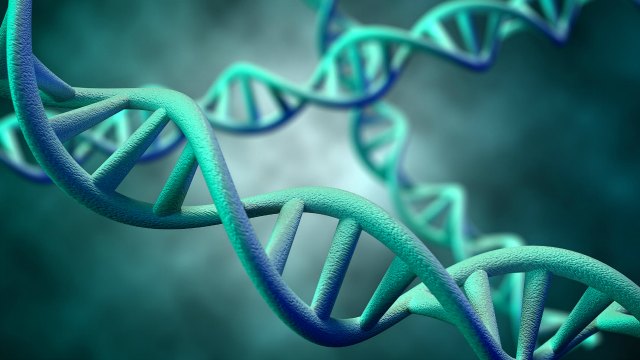 ISTOCK, SUPPARSORNUp to 25 percent of the human genome is critical, while the rest has no function, according to a study published July 11 in Genome Biology and Evolution. The estimate, generated by looking at fertility rates and the expected frequency of deleterious mutations, contradicts a 2012 claim from a large international group called ENCODE, which estimated that 80 percent of the genome is functional.

“For 80% of the human genome to be functional, each couple in the world would have to beget on average 15 children and all but two would have to die or fail to reproduce,” writes Dan Graur, an evolutionary biologist at the University of Houston, in his study.

Graur’s model is built on the idea that fertility rates reflect how much of the human genome is vulnerable to deleterious mutations, and therefore functional. If most of the genome is functional, then people would...

Given that fertility rates have hovered around two to three children per couple for centuries, Graur instead looked at how much of the genome is functional with each person having 1.8 children on average. He finds 25 percent is the upper limit of functionality, with the actual number likely closer to 10-15 percent.

See “Getting to Know the Genome”

As New Scientist points out, “functional” DNA is ill-defined, with ENCODE using a more liberal definition, while Graur restricts it to sequences subject to the possibility of deleterious mutations.

Ryan Gregory of the University of Guelph tells New Scientist that some sequences of DNA—and it’s unclear how many—may still be useful even though they may not be affected by mutations. Still, he adds, “I would like to think that most knowledgeable biologists who properly appreciate evolutionary theory and genomic diversity are well aware of the many problems with ENCODE’s claim.”

Editor's note (July 18): We replaced the image after a reader pointed out that the DNA art had too many base pairs per twist of the double helix.