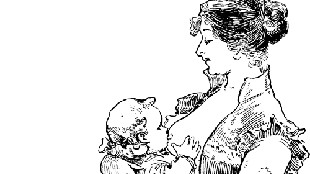 Low levels of the human breast milk sugar that feeds the beneficial gut microbe Bifidobacterium result in slower colonization of a baby’s intestines by the bacterium, according to a study published last week (April 9) in Microbiome.

Bifidobacterium, one of the first varieties of microbes to grow in a newborn’s digestive tract, are thought to help prevent infection by lowering the pH of the gut, creating a hostile environment for pathogens. The bacterium’s preferred food source is a breast milk sugar that is made in part by the product of the FUT2 gene. Twenty percent of women carry a mutation in the gene that lowers levels of the sugar in their milk.

The authors cautioned that the small study did not account for environmental effects that could have confounded the results, and that other genes are also important in creating the complicated breast milk mixture. “In no way is the nonsecretor mother’s milk less healthy, and their babies are at no greater risk,” study coauthor David Mills of Davis emphasized in a statement. “What this work does show us is that the mother's genotype matters.”

“It shows that establishing the microbiome is an intricate process, orchestrated by the breast milk,” study coauthor Zachery Lewis of Davis told NPR’s Shots.